One of Marvel’s best Super Hero movies in a while. Black Panther Review 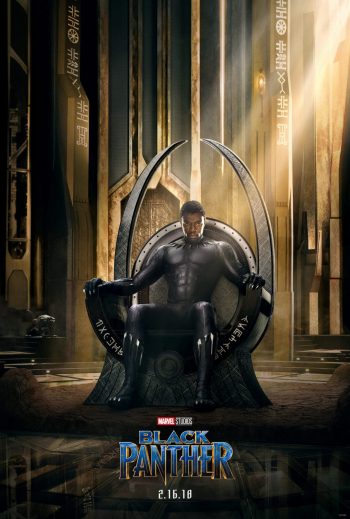 The MCU (Marvel Cinematic Universe) is showing no signs of slowing down in this the eight instalment from this extended super hero franchise. Black Panther is directed by Ryan Coogler from a screenplay by him and Joe Robert Cole. The movie stars Chadwick Boseman in the lead role as T’Challa / Black Panther. We first saw Boseman appearing as the Black Panther back in 2015 in Captain America: Civil War, this movie picks up the Black Panther story from their and leads us into this standalone movie for the character.  The movie has received much deserved praise for its cultural impact and impressive CGI affects with some suggesting it to be one of the best Marvel super hero movies in a long time.

Following the death of the former king T’Chaka’s at the hands of Helmut Zemo, his son T’Challa, the current Black Panther, returns to Wakanda to assume the throne. When a powerful enemy suddenly reappears, the new King T’Challa’s rein is giving a baptism of fire as he gets drawn into a conflict that puts the fate of not only Wakanda but the entire world at risk. T’Challa must gather together all his resources to release the full power of the Black Panther if he is to stand any chance of defeating his enemies and securing the safety of his people.

Black Panther may take a little time slowly building up the story in this movie but definitely its worth sticking with it as when it gets going it quickly turns into a very clever and entertaining watch. Visually it looks amazing on screen with the land of Wakanda build superbly, this movie seems to have set out to create a very unique cultural vision for this land and certainly succeeded on that score. Only negative I would say is that although the CGI is mostly very good there are some scenes which do look a little cartoonist at times. Black Panther ticks most of boxes required to make a very entertaining movie and is sure to go down well with cinema audiences.