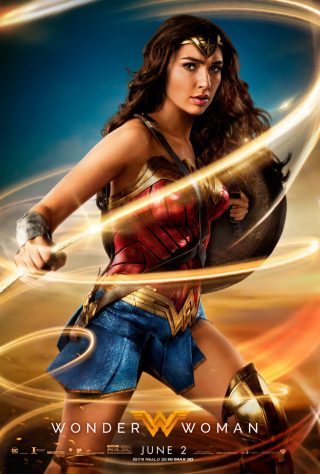 DC Comics are back with this the fourth instalment of their extended universe. Many will recall Wonder woman’s brief but memorable teaser appearance in 2016’s Batman v Superman: Dawn of Justice and will be delighted to see her back with her own movie. Gal Gadot takes the lead role as the title character with Chris Pine providing excellent back up as American pilot Steve Trevor, who crashes offshore of Wonder Woman’s Amazon island of Themyscira. The movie is directed by Patty Jenkins with filming taking place in the United Kingdom, France and Italy. Production ended in May 2016 and the movie was released here on June 1st 2017.

The Plot of the movies unfolds when Diana Prince shown in present day receives a world war one photograph delivered to her office by Wayne enterprises. As she looks at the picture she starts to recall her passed and we are taken back to 1918 to the Island where wonder woman was created by the gods to fights against the God of War Aries. When Captain Steve Trevor crash lands on the island he is followed by German soldiers who attack the island in their effort to kill Steve. This is where Diana learns about World War 1 and is convinced it is caused by Aries the god of war. She knows it is her duty to seek out Aries and kill him as she feels this will return the world to peace again.

Chris Pine and Gal Gadot have an excellent on screen chemistry together and helped to create a truly entertaining movie which is filled with action and excitement throughout. At over 2 hours long it is not a short movie by any mean but does not feel long as it ticked along very smoothly with no real lull in the movie at all. A lot of the recent super hero movies have not performed as well as expected despite been big name remakes of already popular super hero franchises. Wonder woman however will not be going down the same route as it will be no surprise to see it doing very well at the box office. This May have been the first full movie with Wonder Woman in the feature role but will not be the last.